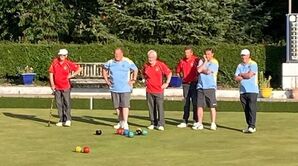 Looking forward to playing in 2022 - 30 years and counting. New players always welcome. Be part of an increasingly successful club.
Pentyrch Bowling Club, the "Top Club"  in South Glamorgan, being 475 feet above sea level! The nearby Garth Mountain is close to 1000 ft above sea level. Reaching the heights that other bowls clubs can't! 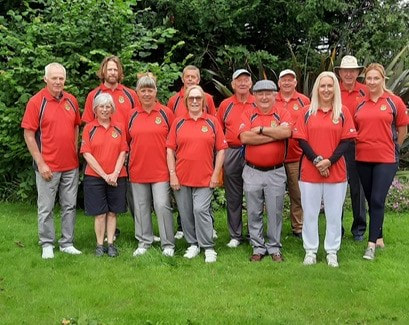 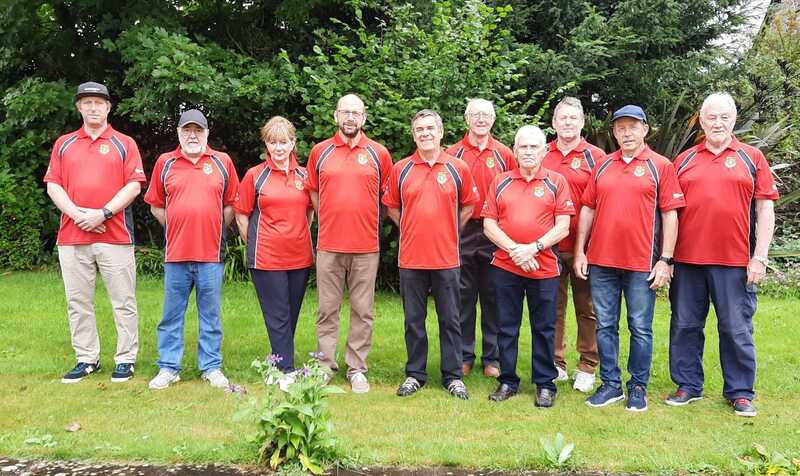 Pictured above are a number of new members, almost all new to the game, who have joined us in recent months following a successful recruitment drive that continues. A number of them have already played regularly in competitive matches for the club. In the last few weeks they have enjoyed playing in tow singles competitions at the green. More on the 30th Anniversary page here. 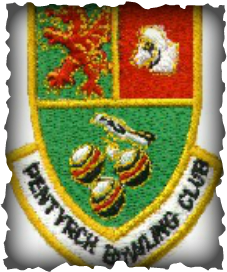 The club "evolved" circa 1983,  founded by a bunch of "ageing" rugby players looking for summer recreation. Recruitment of some bowlers like David George, Iain Russell, Don Wibley and other interested parties living in the village resulted in the carving out of the green from the rock of the Garth Mountain, and by 1991 the club was ready for competition.  In 1991 Dr Kim Howells MP, officially opened the green and a new era in the life of the village began.

Some uncomplimentary comments were made about the standard of the green in its early years, but under the professional eye of Head Groundsman Harold Evans the surface quickly improved. In recent years Bill Malcolm has taken on the duties with volunteers led, formerly by Russell Howell and more recently, Brian Ilbery, improving the green and surrounds beyond recognition. From 2020 Jim Martin has been increasingly involved in looking after the green and gardens.

Spoons (social games) night is held every Monday at 6pm throughout the summer - whatever the weather - with, previously, an average attendance of almost 40 !!
An annual feature and highlight is the club tour- normally in the first week of June - which is well-attended and thoroughly enjoyed by all. The 2018 tour was a great success and was based in Tenby with matches against Tenby, Saundersfoot and Pendine, taking advantage of some of the most picturesque coastal locations in Wales, if not the world. In 2019 we headed for Somerset and stayed at Weston-Super-Mare for the third time in our touring history.

September 2016 - After three years' extremely hard work applying for grants combined with members' generosity in pledging personal money, the club raised sufficient funds to construct, for the first time in its history, a purpose-built clubhouse. Over 50% 0f the funding was provided by the Welsh Government through its Aggregate Levy Fund. We are already becoming immensely proud of our new home and look forward to officially opening it and welcoming​ our friends and fellow bowlers there next season. More details found here.

Click this link for directions to Pentyrch Rugby Club. We are located to the right of the rugby club next to the tennis courts: directions here